I know. Because I based my life on Jane Eyre when I was younger….

Who wouldn’t? She is the epitome of the stolid, English heroine.  Brave. Fearless. Troublesome…yet, she looks life straight in the eye, does her job, and does it damn well.  I swore Charlotte Bronte would be my #1 pick until death do us part.

And then I found Anne.

I will pitch this book as long as I live.

I have introduced it to every book club I have attended.

There was an entire “No-Commitment Book Club” on my blog, and the only book featured was “Tenant of Wildfell Hall.”

Emily Bronte brought us the epic English story of Catharine and Heathcliff, bringing together the Olde English money and the Newe English Industrial generations through a story of crumbling love.

Charlotte Bronte brought us Jane Eyre, who has been the role model for every wildly independent book-loving girl, and woman, on the planet.

But if you thought that was the end of the Bronte saga, you are pleasantly mistaken. 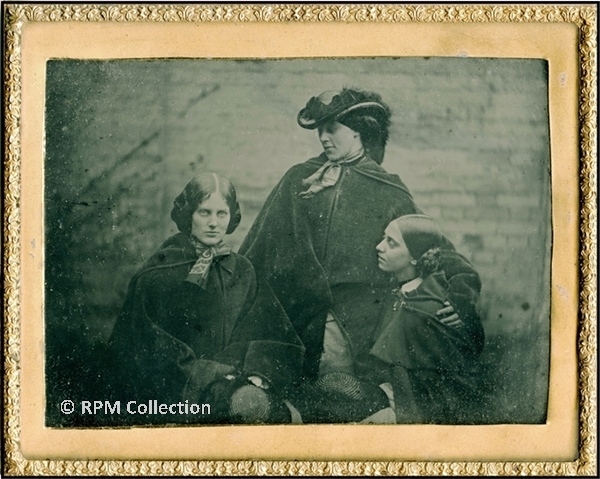 Emily, Charlotte and Anne.  Being epic together.

Let me introduce you to Anne.

“Some of the undisputed facts about Anne Brontë are that she was the youngest daughter of the Reverend Patrick and Maria Branwell Brontë; that she was born in the northeastern county of Yorkshire, England; and that she spent her childhood and formative years in the Brontës’ family home—the parsonage on the outskirts of the remote village of Haworth. She received her formal education between 1835 and 1837 at Miss Margaret Wooler’s boarding school. During Anne’s attendance there, the school was relocated from Roe Head to Dewsbury Moor, near Leeds. ” (poetryfoundation.org)

I discovered this book when I was in university.  I forget which class it was for, but being a Lit grad…the classes kind of blend in together, after a while.  Out of the hundreds of thousands of 1850-1950 American/British Literature pieces I read, I am still reading this one.  It speaks to my fearless values, my radical dedication as a mother and to my uncompromising belief in myself.

Anyone who believes differently of themselves is obviously an Austen fan.

The heroine of Anne’s book is Helen Graham, and she is a thoughtful and intelligent woman who is disappointed with her extremely wayward, stupid and perilous husband, but boldly confident about her motherhood and, furthermore, her purpose as a person.  How can I not love her.

“Anne Brontë’s books are primarily concerned with morality; she is preoccupied with the ethical principles which, for good or ill, govern human behavior.”

My writing (or maybe more correctly, my thoughts) has a penchant to go from “funny story,” to “this is what I learned,” to “and that is the meaning of life.”  So, naturally I fell in love with Anne’s writing.  When I read about her protagonist, Helen Graham, I found that I followed along far too easily with her thought process as she goes through different levels of her life.  In an exceedingly toxic relationship with a person no one else sees as a problem? Chuck it. Need to make income to be financially independent? Use your talents.  Raising your child? Expert level.  Believing you have exceeding value as an intelligent and loving woman?

I love Helen Graham because her bravery speaks volumes through her actions.  She knows what’s right in life.  She know’s what’s up.  And she will take on a whole town full of “yes-men” without blinking an eye; because “yes-men” will only get you so far in life.  “Yes-men” will provide an environment of harmony…no, empty harmony…with very little conflict, but a complete vacuum of value structure.  You may not disagree with anything, but in so doing, are you not the worst of hypocrites?  Are you not merely enabling the most vapid and dull-witted of the denominator?  At what point do you strike out and declare that jumping off a cliff, en masse, is a bovine idea.   When in life do you stand up in the crowd and walk out in order to blaze your own trail.  To discover a different pasture.  To explore grand ideas outside of the pleasantly, and sometimes ridiculously, accepted.  Sure, you won’t have many friends this way.  Sure, you’ll have more enemies.  But, is the point of life to merely have the least amount of enemies?  Are the strongest and most noble characters not in fact those who have the boldest of adversaries?

“Brontë’s publicly declared purpose as a writer was “to tell the truth, for truth always conveys its own moral to those who are able to receive it … and if I can gain the public ear at all, I would rather whisper a few wholesome truths therein than much soft nonsense.”

The thing I didn’t expect with this novel was the opposition from her sister, Charlotte.

“Charlotte Brontë was disturbed by The Tenant of Wildfell Hall and made no secret of her distaste for the book. In her “Biographical Notice of Ellis and Acton Bell” (1850), she referred to the fact that Anne’s second novel had had a predominantly unfavorable reception: “At this I cannot wonder. The choice of subject was an entire mistake. Nothing less congruous with the writer’s nature could be conceived. The motives which dictated this choice were pure, but, I think, slightly morbid.””

Although Charlotte struck out against the nature of the book, I believe it is because she saw Anne as actually holding herself back from her true potential.  Anne’s first novel, Agnes Gray, was very autobiographical in structure and she spoke harshly against mindless beaurocracy in society and the abuses of higher levels of society.  In comparison, Tenant is almost pedestrian in nature.  I think Charlotte expected Anne to make a wider swing and a more focused hit on her topics than she did, which drove her to be dismissive of Tenant‘s capabilities.

One thing I particularly liked in this novel is that I never felt emotionally connected with any of the other women in the story.  I was honestly surprised how little social gatherings have changed throughout the years.  There are still gossips, there are still flirty 19 year old girls hungry for attention, and there are still judgmental, sanctimonious women throwing their useless advice onto other mothers.  Not a lot has changed.  And women like Helen get caught in the marginalized categories of mothers who still use logic and thoughtful discipline to love their children.

In a couple of places I’ve seen this book compared to Charlotte’s works, or even Emily’s works.  The heroines are strong, blunt, brave…but not reckless.  Through trials, through errors, through mistakes, through misfortune, through tragedies and through love, these women use the sense that they have to forge a new road ahead of them on which to structure their lives.  If these women are not the role models on which we should aspire to, then we are all lost.

I am fascinated with the fact that this was written in the mid-19th century, and it is still as applicable to the inner wrestlings women have today.  Is this a wrestling that speaks to women on a societal level, or is this a deep-rooted, philosophical realm women ruminate over regardless of nationality or time?  Is the fact that she marries in the end the way you thought it should go?  Are independent women “allowed” to fall in love?  How do you think her son will go on to view women when he gets older, with Helen as his mother?  And finally, how do you think Helen will feel in her old age?  Comfortable with other women, or still plugging away at her thoughts and finding the meaning of life through her paintings?

What do you think?