The new ordinance would regulate balloons under the city’s litter control codes. Violations of those ordinances are misdemeanor infractions that can carry a maximum fine of $500 or jail time of up to six months.”

No doubt, trash can be very detrimental to the environment, and it is crucial for our conservation energies to be directed towards recycling, reusing, green energies and genuine biodegradable alternatives.

Recently my community banned plastic bags, and I think the ban on plastic bags was a fantastic move in the right direction for protecting the environment.  Similarly, I can see how reducing the amount of non-biodegradable balloons discarded every year would be a great boost not only in environmental recovery but also in awareness.

The problem that I have is the extremely dangerous measures for punishment the city council has tacked on to their environmental legislature. Issuing thousands of dollars in fines for balloons might be a deterrent for parents, but the punishment far exceeds reasonable measures.

Furthermore, issuing prison time for having a balloon in your house is clearly outrageous.

The fact is that although I can see how balloons might be perceived as useless…every single item in our grocery stores is covered in either cellophane or mylar. Pop tarts, granola bars, bags of chips, dog food, etc etc.

This is a picture of just a few items in the grocery store which uses the same non-biodegradable materials as balloons:

Balloons are hardly even the beginning.

I applaud our island for continuing to place environmental conservation at the forefront of legislature, but threatening the citizens with prison time and hefty fines is now how you create awareness or institute changes.

There are better ways to do this, and I will be encouraging our city council to look at less aggressive and less threatening methods to promote conservation within our community.

Goodness knows environmental conservation is important to all of us. We can clearly see how important protecting the environment is to us islanders by the fact that we continue to reduce our speed limits to 25mph in order to reduce emissions on the planet. Considering we have about 23,000 people on this island and at least 20,000 of them are old enough to drive…those numbers add up! Every little bit counts. However, if we want to put our impact into perspective, one large cargo ship in the Puget Sound as the ability, and does, generate approx 5,200 tonnes of sulphur oxide pollution in a year.  This means that 15 of the largest ships now emit as much SOx as the worlds 760 million cars. So that is significant.

Furthermore, “a mid-size cruise ship’s diesel engine can use 150 tonnes of fuel each day, which would emit as much particulate as one million cars. “ I couldn’t summarize the number of cruises available in the Port of Seattle so I have a picture of the schedule:

According to environmentwashington.org, “Too much of the trash comes from single-use plastic bags, which can choke, suffocate or kill thousands of whales, birds and other marine wildlife each year. We saw the effects of this last year when a beached gray whale was found in West Seattle with 20 plastic bags in its stomach.” Which is why the plastic bag ban was so progressive!

However, are there not still plastic bags in the produce section? Cellophane covering the meat in the meat department? Vacu-sealed foods on every single aisle of the grocery stores? And don’t get me started on the fact that we are encouraged to pick up our dog poop with plastic bags.

The point is that while every single little change matters, the fight against balloons is hardly the tip of the iceberg.

What the council is clearly missing is the progress we could be making together as a community, rather than issue prison time for families celebrating birthdays with balloons, or celebrating graduations, or encouraging a loved one in a hospital, or making balloon animals during our 4th of July parade.

What the council should be doing is leading our island towards environmental conservation by rallying the cause of the use of biodegradable balloons, rather than threaten their citizens with prison time and thousands of dollars in fines.

We can clearly see that although our local grocery stores provide us with dolphin shaped mylar balloons, they also provide us with Pop Tarts, which are sealed in mylar packaging. The granola bars we send to school with our children is also wrapped in mylar. The aisles and aisles of chips we have lined in our grocery stores are also packaged with mylar. Beyond these very obvious uses of mylar, mylar is also used in drum heads, jibs for yachts, and it is used to preserve pharmaceutical products, seeds and tissue samples.

There is the issue of releasing mylar balloons, or mylar balloons escaping and getting caught in power lines and causing power outages. However, due to the innumerable power outages our island experiences due to falling trees, I can conclusively say that mylar balloons are not our biggest problem with our power system.

According to The Balloon Council, “Even one child’s accidental death from choking on a latex balloon is unacceptable. The balloon industry emphatically agrees and every retailer, distributor and manufacturer is committed to helping create widespread public awareness among consumers in an effort to eliminate these needless events.

There’s still a way to go, but thankfully there’s been improvement. A look at the Consumer Product Safety Commission records from 1973-1998, shows that the number of annual small child choking deaths caused by balloons reached a high of 17 in 1989, but by 1998 the number was 4.”

According to the CPSC, 17 children died in 2010 from toy related deaths. Although balloons were on the list, other items listed were tricycles, rubber balls, non motorized riding toys, toy boxes, stuffed animals, balls, and powered riding toys.

According to the CDC, the leading causes of death in children are accidents, congenital malformations, or assault. Also according to their figures, 2,626,418 people died in 2014, from causes ranging from heart disease, cancer, respritary diseases, and diabetes, to name a few. over 55,000 people died that year from influenza. As we can clearly see, balloons are not on the CDC radar as a factor for death.

III) Environmental impact on Orcas in the Puget Sound

IV) Where to begin on shifting the conversation

-Latex rubber and the balloons made from latex are naturally biodegradable. They will decompose on their own in about six months. Sunlight speeds up the process, but just like an old log rotting in the forest or the kitchen scraps in your compost pile, microorganisms and the air will eventually break latex rubber balloons down.

“I am expecting the Bainbridge community to be very supportive,” Scott wrote in an email to the Kitsap Sun.

Not so much, Michael Scott. You have a lot of work to do before we see eye to eye on this one. 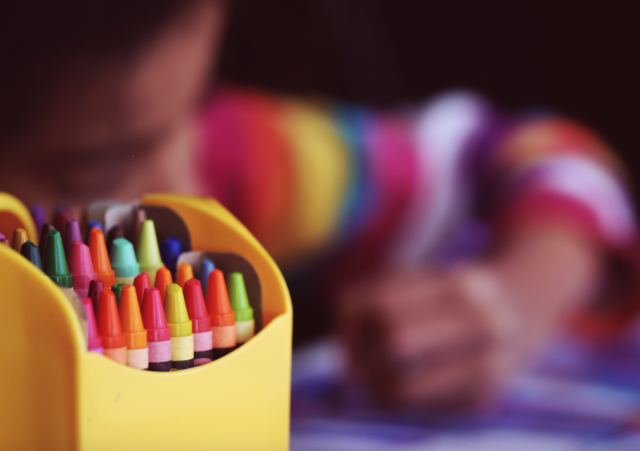 Homeschoolers need to know what subjects to teach, what science projects need to be explored, which literature covers each grade…and how the law applies to homeschool families!

We are required to prove our competence as a teacher, keep records of work samples and curriculum used, keep attendance, and file an Intent to Homeschool form every September.

If you have not gone over the legal requirements for Washington state homeschooling, and you’re kicking around the idea of homeschooling…or if you have already bought all your curriculum and are jumping in with two feet…here’s what you need to know!

I) The legal requirements for homeschool parents are:

To qualify to homeschool you must fulfill one of the following:

II) Also, the deadline for the Intent to Homeschool form is September 15th. So you need to get on this if you haven’t already!

The intent to homeschool form “It informs the school district that they are no longer responsible for the education of your child(ren). It protects you from any truancy prosecution.” (who.com) You need to get the form which you can download right here, and send it to your Superintendent’s office.  Which begs the question: where on earth is your local Superintendent’s office??

III) More information about the form, for anyone with questions:

This article was originally published by the reputable Washington Homeschool Organization

Each parent whose child is receiving home-based instruction under RCW 28A.225.010(4)shall have the duty to:

(1) File annually a signed declaration of intent that he or she is planning to cause his or her child to receive home-based instruction. The statement shall include the name and age of the child, shall specify whether a certificated person will be supervising the instruction, and shall be written in a format prescribed by the superintendent of public instruction. Each parent shall file the statement by September 15 of the school year or within two weeks of the beginning of any public school quarter, trimester, or semester with the superintendent of the public school district within which the parent resides or the district that accepts the transfer, and the student shall be deemed a transfer student of the nonresident district.

Q 1. Why file a declaration of intent?

A. 1. A declaration of intent form is required by law for homeschooling children between the ages of 8 and 18.

2. It informs the school district that they are no longer responsible for the education of your child(ren).

3. It protects you from any truancy prosecution.

Q 2. Who files the declaration of intent?

A. The parent or legal guardian of the student who will be homeschooled files the declaration.

Q 3. Do I ever file a Declaration of Intent for a child under 8 years of age?

A. No. We do not declare any children under the age of 8. Read more here.

Q 4. When do I start declaring and how often do I file a declaration of intent?

A. The first declaration is filed on the 8th birthday of your child, regardless of the time of year. We declare every year after that by September 15th.

Q 6. My district’s declaration of intent asks for more information than is shown on the above prescribed form. Do I have to provide it?

A. No. Any information you provide that is not on the above form is optional. We recommend that if your district’s declaration is not in compliance with the required format, that you print and submit the above form. For further clarification, please read “Declaration of Intent – Let’s Be Clear.”

Q 8. Do I need to provide proof to the school district that I am qualified to homeschool?

Q 9. Do I need to meet with district personnel concerning my decision to homeschool or to file my declaration of intent form?

Q 10. Is there any provision in law that allows a school district to refuse a declaration of intent filed at any time?

A. It’s important that a parent first meets one of the four qualifications to homeschool. Once qualified, there is no provision in law that allows a school district to refuse a declaration of intent filed at any time.