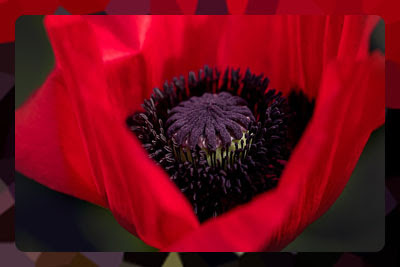 In Flanders fields the poppies blow
Between the crosses, row on row,
That mark our place; and in the sky
The larks, still bravely singing, fly
Scarce heard amid the guns below.

We are the Dead. Short days ago
We lived, felt dawn, saw sunset glow,
Loved and were loved, and now we lie
In Flanders fields.

Take up your quarrel with the foe:
To you from failing hands we throw
The torch; be yours to hold it high.
If ye break faith with us who die
We shall not sleep, though poppies grow
In Flanders fields.
-John McCrae, 1915

During World War I, Major John McCrae was a young Canadian military doctor and artillery commander. He served in the same artillery unit as his friend, Lieutenant Alexis Helmer, in the Second Battle of Ypres.

In 1915, McCrae was asked to conduct the burial service for his friend, as the chaplain was attending other serious matters on the battlefield.

After laying his body to rest, overwhelmed by the death of his friend, McCrae’s heart poured out the moving poem we now know as “Flanders Fields”.

It gave us the red poppy to remind us that peace will continue, even after the entire world is at war:

In British Commonweath Nations, “…Remembrance Day (sometimes known informally as Poppy Day) is a memorial day observed in Commonwealth of Nations member states since the end of the First World War to remember the members of their armed forces who have died in the line of duty.”

While in the United States, we know it as Veterans Day. “[F]ormerly known as Armistice Day, [Veterans Days] was originally set as a U.S. legal holiday to honor the end of World War I, which officially took place on November 11, 1918.”

Every soldier holds a story in history, and each poppy is our way of remembering, and respecting, their stories.

There are always new things to learn about days we celebrate. For instance, Veteran’s day was originally “Armistice Day,” as November 11, 1918 was the day when WWI ended. As years went by, Congress made the honorable decision to change the day to “Veteran’s Day” in order to honor every man and woman who have served our great country.

2. The Origins and History of Veterans Day

I appreciated this site as it went into much greater detail on what happened on November 11, 1919. I learned that it was President Woodrow Wilson led his nation in a day of remembrance on the one year anniversary. This led the Arlington Cemetery to devote the tomb of the unknown soldier, and set November 11th as a federal holiday in honor of all who have served in war.

The most important way to pass on the lessons of history is to teach our children. While every child will understand the lessons their forefathers and foremothers experienced in different and unique ways, it will be in these different and unique perspectives which will build a brighter future for their children. But the only way we will grow as a society is to pass on the wisdom to future generations.

This is another wonderful resource for helping our children and students understand what happened in WWI, for starters, and how it shaped our world into the world we know now. These sheets will also help illuminate the sacrifices military families make for our freedoms, and the honor and gratitude we give our soldiers.

The mission of the Arlington National Cemetery is, “On behalf of the American people, lay to rest those who have served our nation with dignity and honor, treating their families with respect and compassion, and connecting guests to the rich tapestry of the cemetery’s living history, while maintaining these hallowed grounds befitting the sacrifice of all those who rest here in quiet repose.”

As Americans, we have the privilege to have Arlington National Cemetery honor our fallen soldiers every November 11th, as we remember them in our hearts.